Since 2001 a knife marked Black Wolf has been supplied to the Australian Military Forces. It is a 3 blade stainless steel clasp knife. This model knife is believed to be made in China. 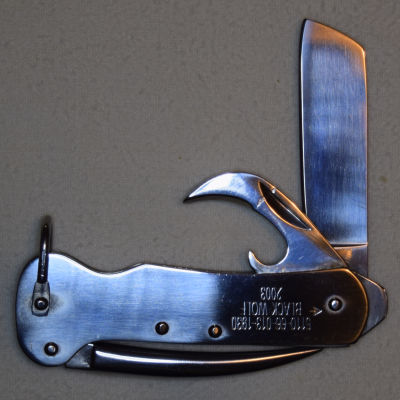