The British Royal Navy (RN) pattern knife continued in service with the Royal Australian Navy until the 1970's when the 3 blade stainless steel clasp knife came in to service.

The Post War RN pattern knife had a slightly different shaped blade. It was not as rounded at the sheepsfoot. After the early 1960's they were marked with a British stores number 21306 on the tang. Some later knives carried an NSN. 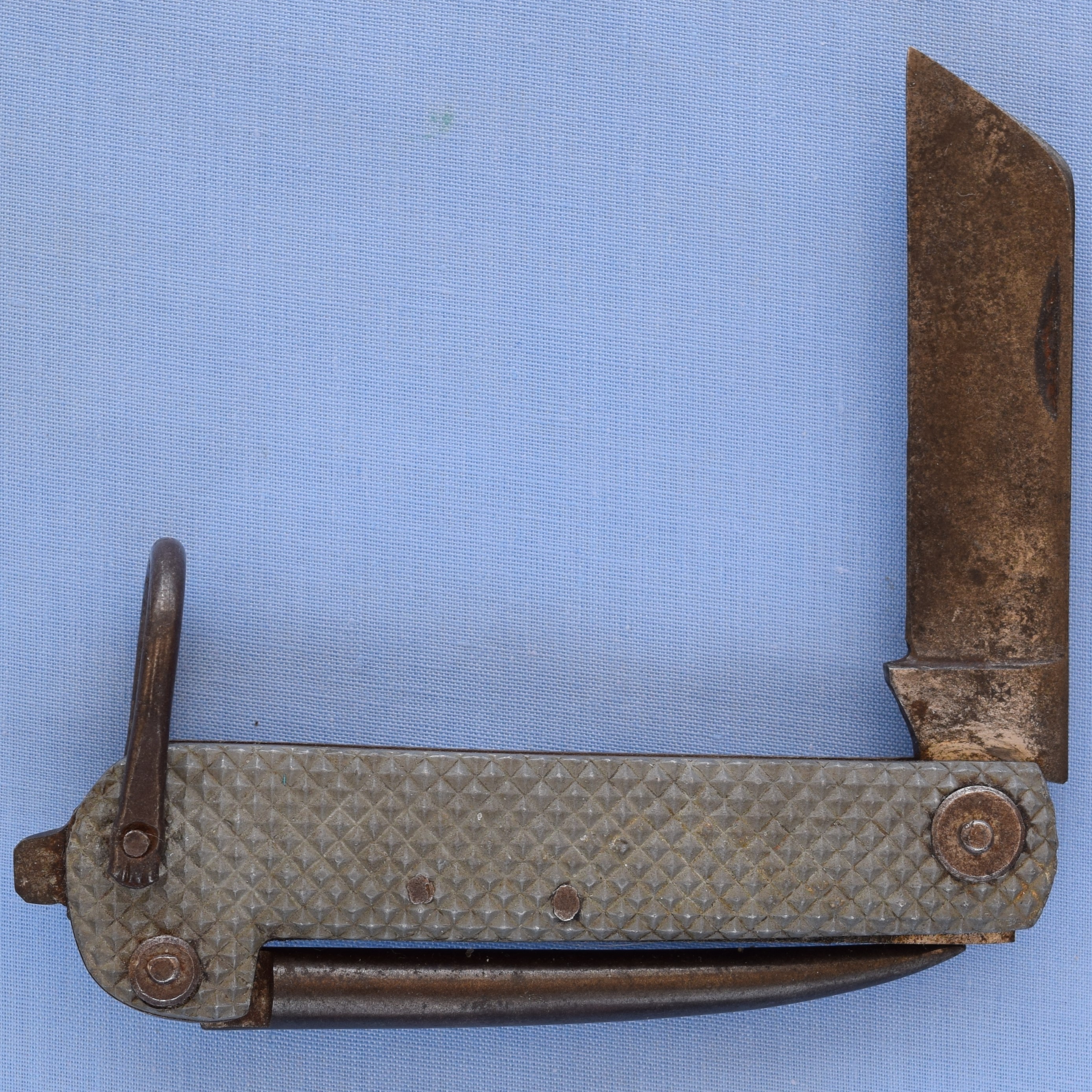