This clasp knife belonged to William Mc Intosh AB who was one of the Victorian sailors who sailed to China on 8 August 1900 as part of the Australian expedition to support the International effort to combat the Boxer Rebellion.

This knife is the standard issue British clasp knife of the time that incorporated a blade and marline spike. The knife is marked W/I\D4. From this we can deduce that it is most likely that these clasp knives were also issued to the Australian Colonial troops who were deployed to the Boer War in South Africa. 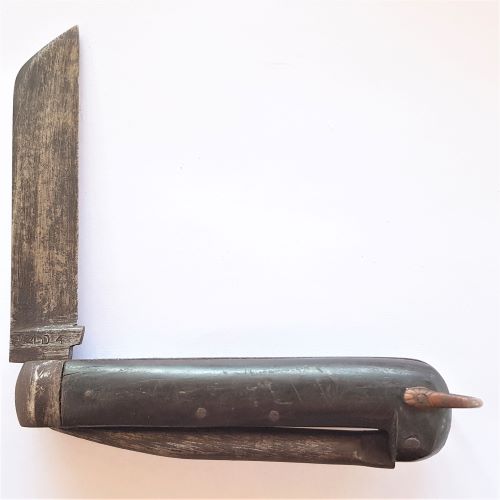 
In June 1900 during the Boxer Uprising in China, Britain made an appeal to the colonies for reinforcements to help break a siege of European communities. In response, the South Australian gunboat the HMCS Protector set sail from Port Adelaide in August with a contingent of 300 Australian volunteers (mainly from New South Wales and Victoria), who were to serve under British officers.

If anyone has any information about any Boxer Rebellion knives issued to, or used by Australian Servicemen; please .