There can be no doubts that the pattern 8173/1914 knife, 'Knives, Clasp with Tin Opener and Bone Scales' was one of the patterns issued to members of the Australian Imperial Force during WW1. While no documentary evidence has yet been located, the fact that this pattern was an issue knife to British forces it is a certainty that they would have also been issued to members of the AIF. There are also several variants of this pattern but the knife with the jigged bone scales is the most common.

No cutlery industry capable of making such knives existed in Australia at the time of WW1.

As these knives are found reasonably regularly in Australia, it stands to reason that Australian troops who were the recipients of these knives brought them home after the war.

These knives have been referred to as "Gift Knives" for a long time. The story surrounding these knives had it that they were included in gift parcels from Britain that were distributed to all Commonwealth troops by the Red Cross. It is now known that this was not so. Despite considerable research, I have been unable to find any evidence that these knives were ever included in such a Gift Parcel.

However, information has recently come to hand that the Australian High Commissioner to Great Britain Sir G H Reid presented to the troops while in Egypt a pocket knife to each of them (allotted by the Commonwealth Government) as a Xmas Box for Christmas 1914. I have written about my search here in a pdf document.

If anyone has any information on this subject please .

These knives differed from the known issue clasp knife Pattern 6353/1905 in that they did not have a "Marline Spike". They have only a blade and a tin opener. While they had the makers name on them they did not have any military markings. The fact that the knives have no Military markings means little. Evidently clasp knives were considered items of clothing and for some reason were not often marked. Research has revealed that the 6353/1905 pattern knife that was very definitely an issue item is very rarely found with Military marks either. To date, the only examples of the pattern 8173/1914 knife that I am aware of with Military marks are most definitely faked!.

Information from another researcher confirms that these knives do in fact comply with British Military Clasp Knife Pattern, No: 8173/1914, refer to Other British Patterns 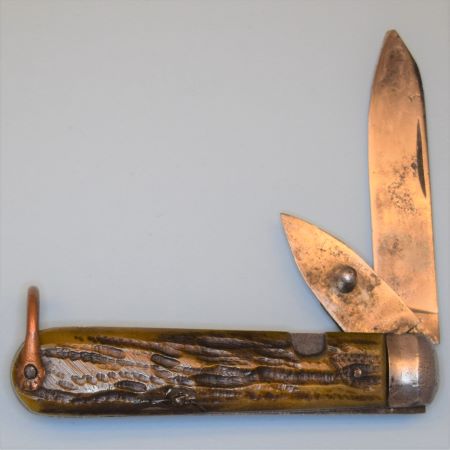 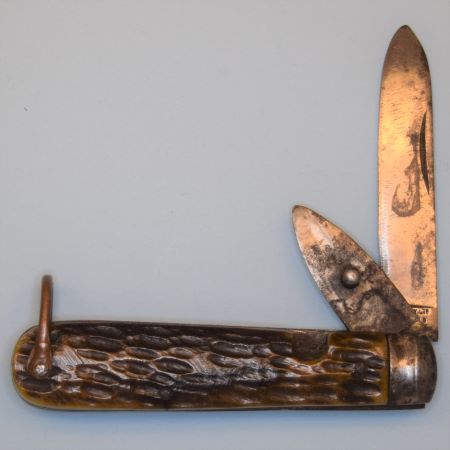 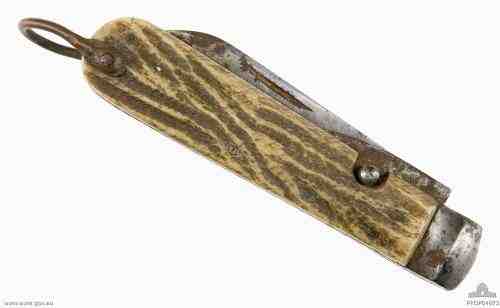