In 1918 the Director General of Recruiting produced a booklet for recruits called the Recruit's Companion. This booklet contained all sorts of useful information for the new members of the Australian Imperial Force (now proudly known just by the initials AIF). 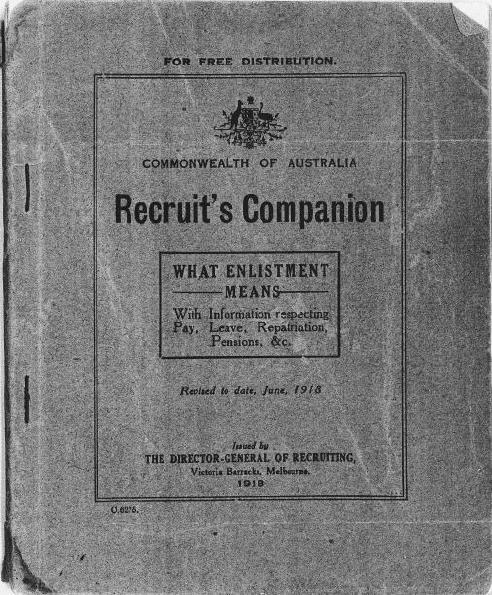 This booklet was issued to every recruit.
This image is provided courtesy of the


What is of particular interest to the collector is the information on Page 33, in the section CLOTHING, KIT, AND NECESSARIES that describes:- The authorised scale of issue of uniform and necessaries for the Australian Imperial Force is shown in the following table, also the value to be calculated in cases of deficiencies, &c :- 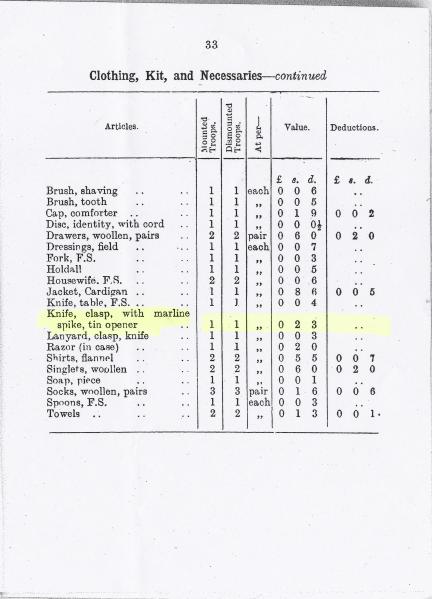 "Knife, clasp, with marline spike, tin opener"
This image is provided courtesy of the


It is clear from this, that members of the Australian Imperial Force were issued with a Clasp Knife. This was most likely of British origin because, there is no evidence of such knives being manufactured in Australia at the time and the description "Knife, clasp, with marline spike, tin opener" is essentially the same as that for the British Clasp Knife designated as Pattern 6353/1905 (refer British and Commonwealth Military Knives by Ron Flook Pages 132-135).