The British Admiralty Pattern 301 (AP 301) clasp knife first came in to service with the Royal Navy in about 1910. This knife had a sheepsfoot blade, marline spike, stag scales and a copper shackle.

At some time in the early 1930’s the AP301 pattern clasp knife was modified when the stag scales were changed to chequered alloy scales. Ron Flook in his book “British and Commonwealth Military Knives” observed that this change may have been a step towards the development of the Royal Navy (RN) pattern clasp knife.

This pattern knife was being issued to the Royal Australian Navy at the beginning of World War 2. 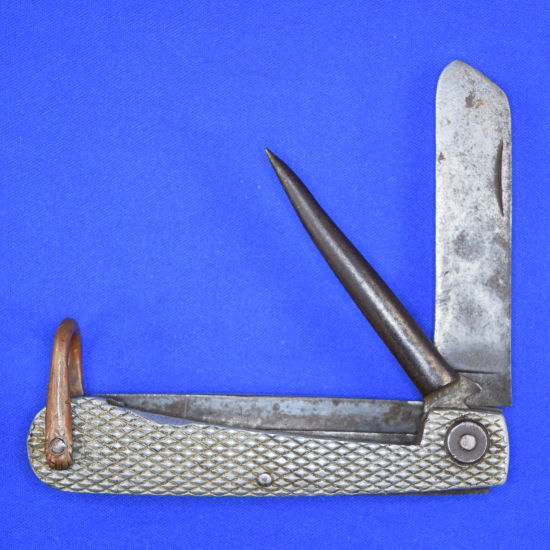 The later version of the knife with chequered alloy scales from about 1932 onwards. 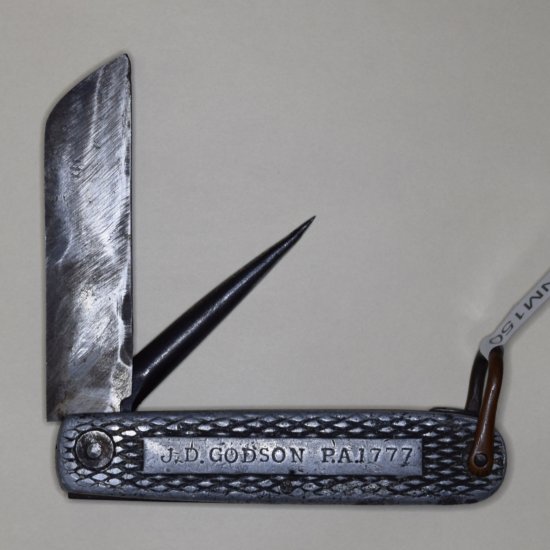 This later pattern AP301 knife was issued to John Godson on his enlistment in the Royal Australian Naval Reserve in 1940.
It is on display at the Wallaroo Heritage and Nautical Museum 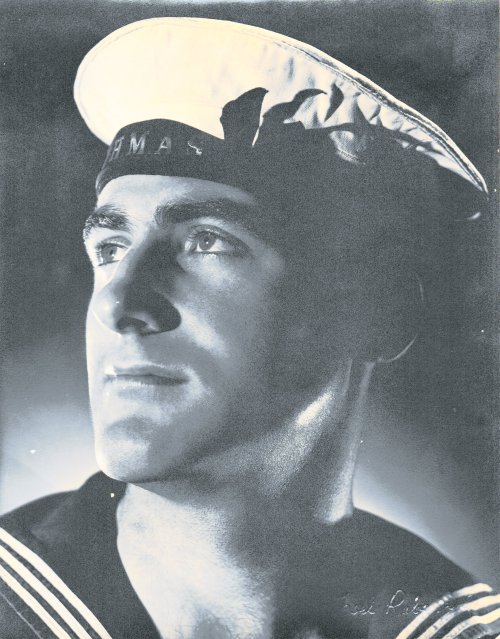 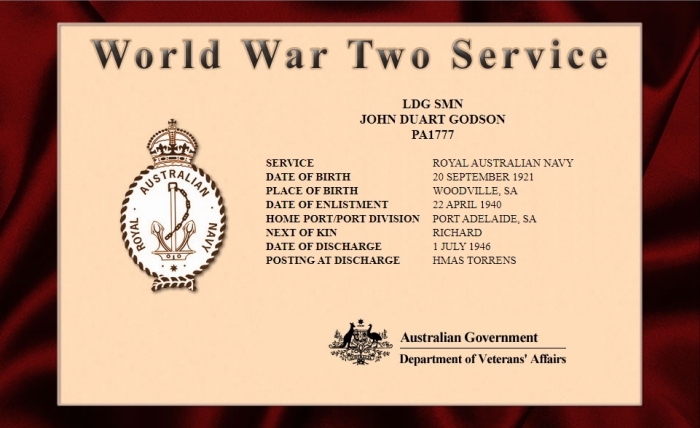