The British Royal Navy (RN) pattern knife came in to service with the Royal Navy prior to WW2. The earliest known examples are dated 1938. The knife was in service until 1986 when it was replaced with an all Stainless Steel knife. The RN pattern knife saw service with the Royal Australian Navy during the war and post war. It also saw service with the New Zealand Navy and a variant with tin opener was used by the Canadians. There is evidence that US sailors also used these knives during WW2 but whether they were issued or aquired as private purchase is not known.

The Australian War Memorial has an example of a G. Ibberson & Co. RN pattern clasp knife in its collection that was issued to an Australian Sailor, Ordinary Seaman David James Edgar, Royal Australian Navy. 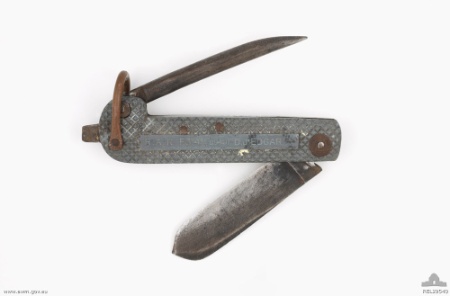 ©Australian War Memorial
This illustration is provided courtesy of the 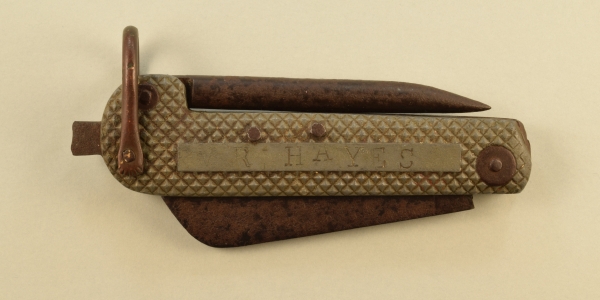 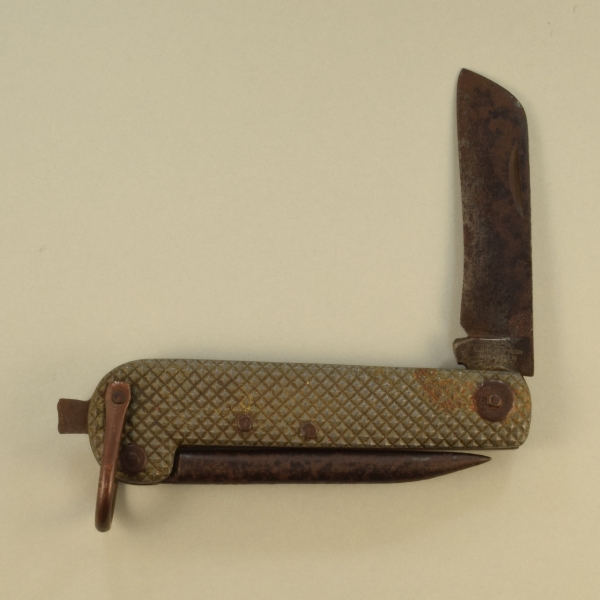 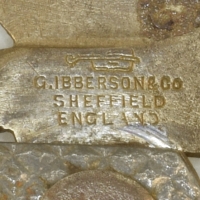 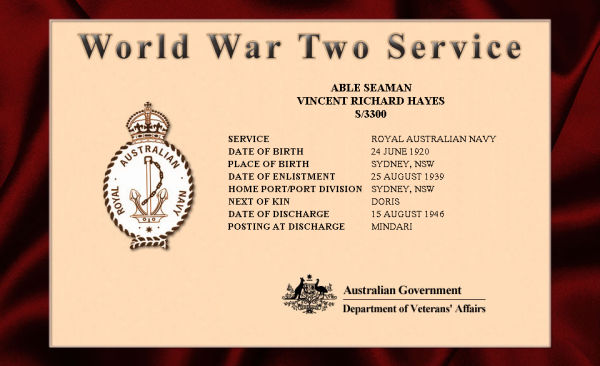