Another knife used by Royal Australian Navy sailors is the Deck knife, also known as a Boom knife.

The Deck knife is a fixed blade knife, usually of a blunted or Sheepsfoot style. The term Boom knife is believed to have originated from the early sailing days, the boom (or spar) was rigged fore & aft with a triangular sail, to release the sail in a hurry, strops had to be cut from aloft that held the sail in place, the "blunt" end of the knife helped to ensure that the sail wasn't also cut in the process. Other reasons for the blunt nose on the knife included accidental stabbing of one's leg and also to minimise damage to both the knife and the ships rigging if dropped or misused.

It has not been easy to find examples of this knife. I have not been able to find any that were earlier than the 1960's

This example was obtained by its owner in late 1966. It is marked on the blade: William Cooper & Son, Sheffield 1965. There are no acceptance or military markings.

This knife marked Frost was issued in the mid 1980's. There are no acceptance or military markings.

This knife was obtained by its owner in the 1980's. It is marked on the blade: ROYMAC, Stainless Steel, Japan. There are no acceptance or military markings.

The knife was on issue around 2010, it has no makers mark or any other marks. Some slip covers have been noted with "Department of Defence" printed on them. 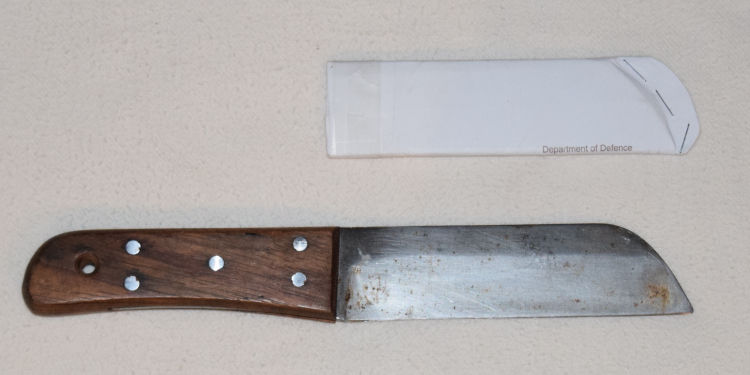 Another un named deck knife with decorative rope work to inprove the grip on the knife. The rope work also helps while away the long hours at sea when not on duty.


Comments from the owner:
My 'old' (issued 2000 from the Royal Australian Navy) knife. I gave it a bit more grip and added a few extras since I had some spare time at sea. These were great knives and almost indestructible - basically, you would wear the blade down from sharpening it or misplace it long before the handle would give out. Was even hammered from the spine of the blade to chop through thick ropes and still survived.

This one was not stamped with any marks, blade is 145mm long, full flat grind with a 4mm spine, handle 125mm. Slightly handle heavy but still feels right for this type of knife as it wants to sit in your hand and not jump out.

The knife is on issue from around 2020. It is marked Victory who are a New Zealand maker. The makers mark is only stencilled, there is no NSN or Defence markings. It comes with an unmarked plastic slip cover. 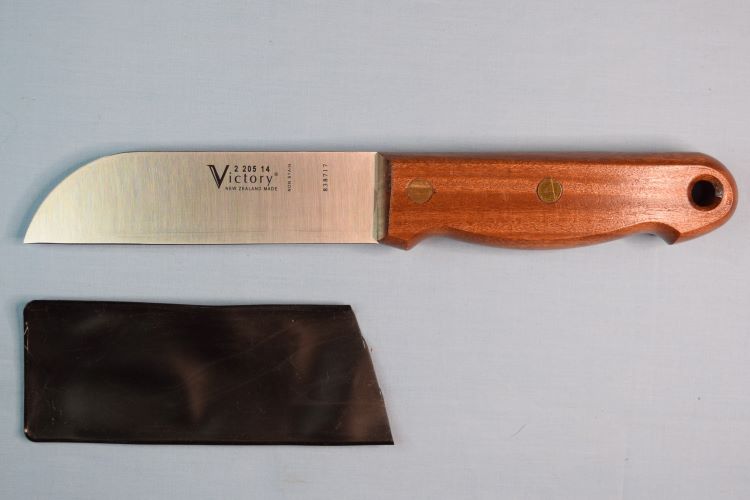 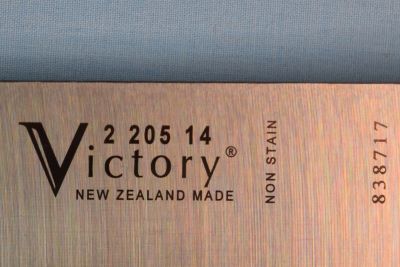 If anyone has any information on Deck knives, I would very much like to hear from them. Please