The first Multitool that I can find evidence of having being issued to any of the Australian Services was the Leatherman Personal Survival Tool (PST) which was issued to the RAAF as part of Aircraft Survival Packs. This tool carried no military acceptance marks that I am aware of. 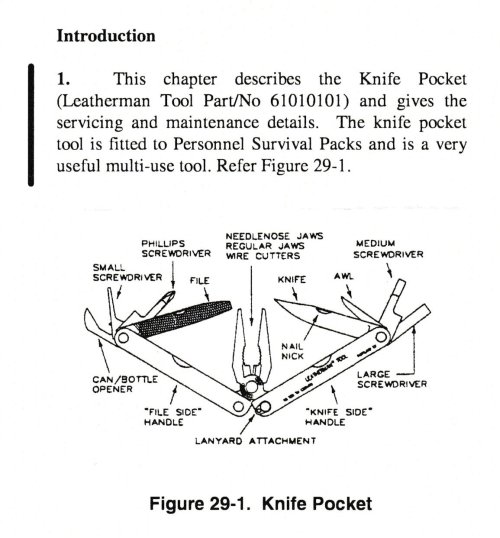 
Multitools have been issued to Australian troops since about 2000. It appears that they are not a general issue item and are only issued to soldiers who are about to be deployed. If anyone has any other information on the scale of issue I would appreciate hearing from them. None are made in Australia, all are imported.


Issued from about 2000. These are a high quality item and are marked with a NSN /I\ 5110-25-147-5018, which indicates Norway as the country of use. A little puzzling. Perhaps a left over from a prior production run. They are a superior tool and have locking blades which is an excellent safety feature. They come in a well made pouch which is made out of a nylon webbing material and is both stitched and riveted. 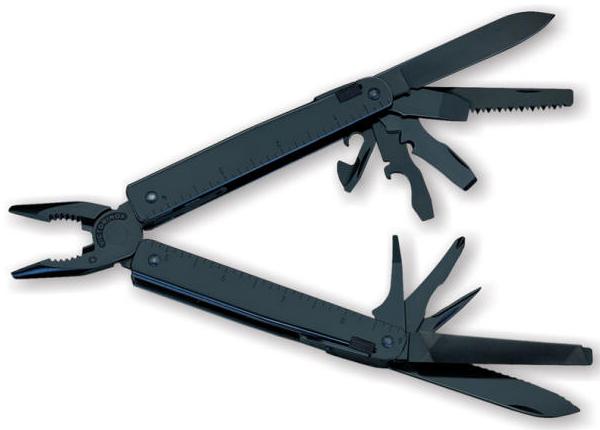 
This multitool marked Schrade is the most recent issue.

This multitool is not held in high regard by current and former members of the ADF that I have communicated with. The NSN is not stamped or engraved but is only painted or added by some transfer process and as such is easily erased and disfigured. I have seen one example of these tools that was issued to an Australian soldier who was deployed in Afghanistan and who used it to cut some wire which burred the blades and then made it difficult to use. While the multitool comes in a very substantial pouch of nylon webbing the hook and loop material which holds it closed appears to wear out easily.

As a result, Diggers that I have spoken too prefer to purchase and carry their own multitool.

I have recently been informed that the Schrade multitool is "supplied with a LIFETIME warranty to the ADF". It may well be that this fact has not been passed on to the soldiers so issued. This being the case, any soldier who has one of these multitools that has failed him, should hand it in for replacement.


I am aware that there are quite a few Private Purchase Multitools used by members of the ADF, partly because issue scales mean that not everyone is issued with a Multitool and some because of the poor quality of the item when issued.

I have had communication with one ADF member who carries a Leatherman Supertool as his preferred Multitool. 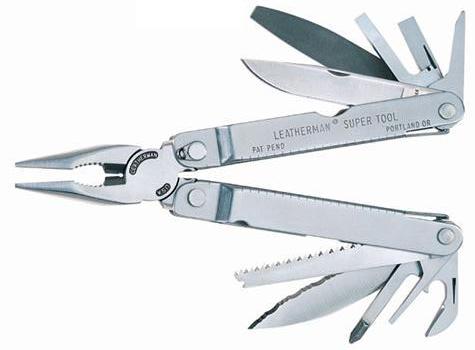 
If anyone has any information on any other issue Multitools, I would very much like to hear from them. Please