While the knife shown has no acceptance marks, it was most certainly made for service use.

I believe that this type of knife was used primarily by Rescue teams to cut parachute shrouds and harness away.

Hook knife, issued for parachuting (water descents) used to cut tangled parachute cords in the water without risk of slashing yourself in the process. They have no makers marks or acceptance markings.

The knife was meant to be worn with the hook blade deployed and ready for immediate use in the case of an emergency.

These knives had no military markings, all were made in the US. I am aware of the brands Camillus and Logan/Smyth and suspect that the other known maker of these knives, Schrade would have also been issued. 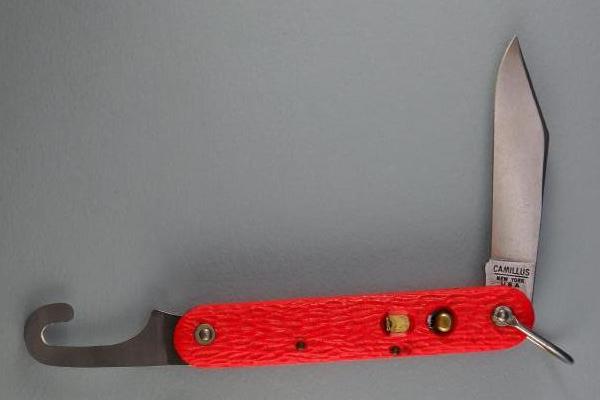 
Issued in small quantities to units involved in roping and adventure training. No military markings.
(Eickhorn are now part of the Waffentechnik group) 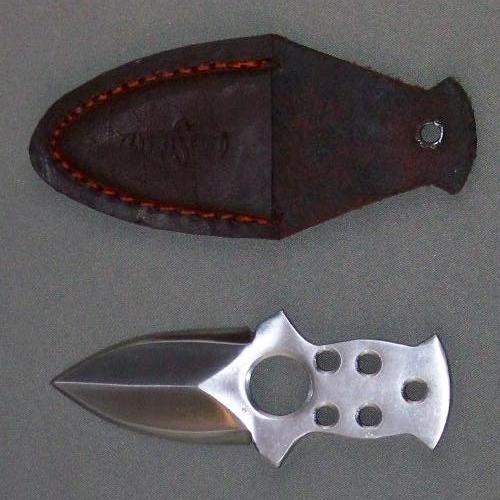 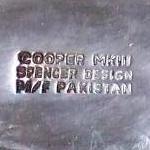 Spyderco Rescue 93mm. Made in Japan. Issued in small quantities to units involved in roping and Adventure Training. No Military markings. This knife has been used by Special Operations Task Group (SOTG) soldiers deployed to Afghanistan.

Columbia River Knife & Tool© (CRKT©), Model 13SF Made in the United States. This knife was a private purchase item and was carried by a member of the Australian Defence Force on deployment to Iraq and Afghanistan.

It has no sheath but is fitted with a clip on the RHS of the grip. This enables the knife to be attached to webbing or be carried in a pocket.